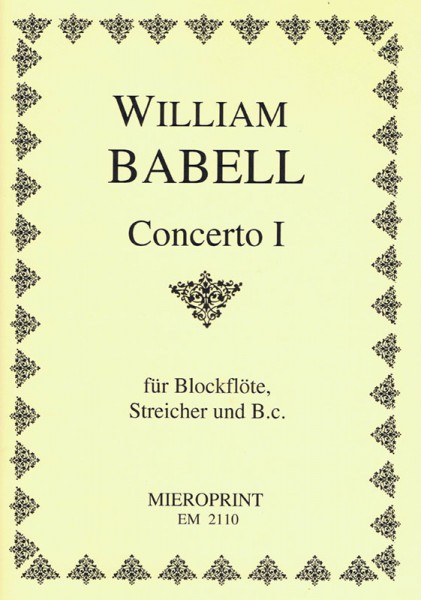 for soprano recorder, four violins and B.c.
Edited by Almut Werner, continuo by Winfried Michel First concert of a collection of six recorder concerts for 1-2 flutes, violins and B.c., which was published posthumously by long-time friend and publisher John Walsh. Composed for a sixth flute, it was transposed by a large second to C major for this edition, so that it can be played on a common soprano recorder in c''.

The original set of parts (facsimile) is included.