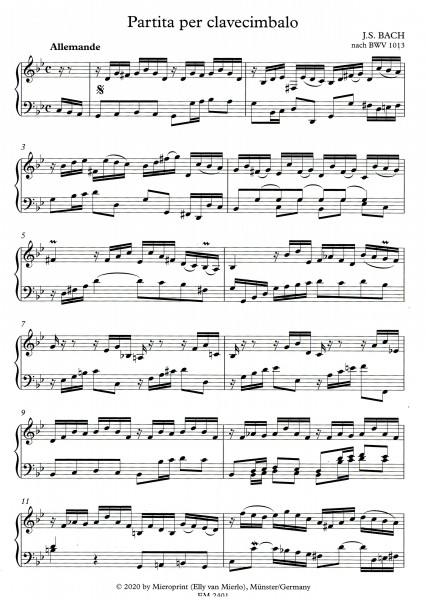 Since its rediscovery, the large piece, known as "Solo pour la Flûte Traversière" (BWV 1013), has puzzled:
Was it complete with only four movements, was the version for flute the original one, or had Bach conceived the work for another instrument? Gustav Leonhardt already presented a harpsichord version of the Allemande a few decades ago; other movements were made available for string instruments by Anner Bijlsma and Lucy van Dael.

After a thorough study of the source and with knowledge of Bach's oeuvre of his suites and partitas, Winfried Michel now presents for the first time the full partita as a work for keyboard instrument: an expansion of the piano repertoire and an incentive to discuss one of Bach's most important instrumental works.